Photonics refers to the technology and science of controlling, detecting, and generating photons. The properties of photons and waves can be employed to cure diseases, solve crimes, and explore the world. For some time now, scientists and other researchers have been reading about light. The colours of the rainbow are part of the light wave that is referred to as the electromagnetic spectrum. Hence, photonics travel in different wavelengths of rays, such as infrared light, UV, and X-rays.

Here are more details about the science of photonics. 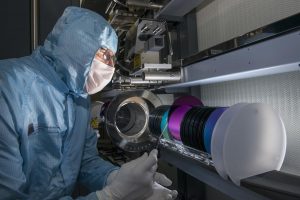 Photonics involves the investigation of amplification, light modulation, detection, transmission, and emission. Based on research, light can easily travel through transparent media. For instance, plastic or glass fibre may be used to control how the light travels. Fabrication of structures is one of the advanced research subjects that are used by engineers to come up with optical properties. Some of the optical properties include metamaterials, crystal fibres, and photonic crystals.

Photonics in Modern and Classical Optics

The science of photonics is associated with electro-optics, quantum electronics, optomechanics, and quantum optics. However, every field has different connotations when it comes to government and scientific communities. For instance, quantum optics usually connotes the fundamental research, while photonics is employed to predict the applied development and research. Photonics specifically connotes:

Moreover, classical optics preceded the innovation that wavelength of light is quantised. The tools of optics include the reflecting mirrors, refracting lens, and optical components. However, the critical beliefs of the classical optics, including wave equations and Huygens Principle don’t rely on the quantum characteristics of light.

Photonics in Other Emerging Fields

Photonics can also be associated with other science of quantum optics and quantum information. Other fields include the following:

Even if you don’t see the electromagnetic spectrum, both the invisible and visible waves are part of every activity you do. Photonics is applied everywhere. So, you can expect to use it in the manufacturing industry, entertainment, and telecommunications.